A scientist becomes obsessed with bringing back his family members who died in a traffic accident. 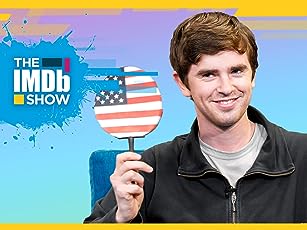 We made the TV star of "The Good Doctor" pick between his British roots and his Hollywood career.

January Picks: The Movies and Shows You Can't Miss
a list of 10 images
updated 9 months ago

Movies Action
a list of 28 titles
created 9 months ago

Search for "Replicas" on Amazon.com

When an American diamond trader's Russian partner goes missing, he journeys to Siberia in search of him, but instead begins a love affair.

The story of two miserable and unpleasant wedding guests, Lindsay and Frank, who develop a mutual affection despite themselves.

A police detective investigates the truth behind his partner's death. The mysterious case reveals disturbing police corruption and a dangerous secret involving an unlikely young woman.

A grieving snowplow driver seeks out revenge against the drug dealers who killed his son. Based on the 2014 Norwegian film 'In Order of Disappearance'.

The crypto-zoological agency Monarch faces off against a battery of god-sized monsters, including the mighty Godzilla, who collides with Mothra, Rodan, and his ultimate nemesis, the three-headed King Ghidorah.

In a post-apocalyptic world where cities ride on wheels and consume each other to survive, two people meet in London and try to stop a conspiracy.

Set in a Chicago neighborhood nearly a decade after an occupation by an extraterrestrial force, 'Captive State' explores the lives on both sides of the conflict - the collaborators and dissidents.

Jean Grey begins to develop incredible powers that corrupt and turn her into a Dark Phoenix. Now the X-Men will have to decide if the life of a team member is worth more than all of humanity.

An ex-convict and his bumbling crook brother fight for the same woman.

The Men in Black have always protected the Earth from the scum of the universe. In this new adventure, they tackle their biggest threat to date: a mole in the Men in Black organization.

Super-assassin John Wick is on the run after killing a member of the international assassin's guild, and with a $14 million price tag on his head - he is the target of hit men and women everywhere.

A band of samurai set out to avenge the death and dishonor of their master at the hands of a ruthless shogun.

A daring synthetic biologist, after a car accident kills his family, will stop at nothing to bring them back, even if it means pitting himself against a government-controlled laboratory, a police task force and the physical laws of science.

Some Humans Are Unstoppable

The story and screenplay for REPLICAS was developed at Keanu Reeves and Stephen Hamel's production company Company Films. Hamel writes the majority of all the stories produced there. See more »

When Matt's eating pancakes he pours the whole plate full with syrup... almost up to the brim. In the next scene it's just a regular pancake. See more »

Will Foster: We're the sum total of what has happened to us and how we processed it. That's what makes us us. It's all neurochemistry.
Mona: Do you really believe that? That's all I am? Your children? Just pathways, electrical signals and chemistry? You have kids that love you and a wife that adores you and we have a scientist.
See more »

In India, the film was given a UA certificate by the CBFC after following cuts were made: See more »

This FAQ is empty. Add the first question.

This movie is not the best but it's definitely not the worst. If you are a person who enjoys watching movies without criticizing every little detail I think you'll enjoy it. I did laugh at the CGI but the rest of the movie was good. Those that are rating is it low are being really harsh. The only way you will know if you like it is if you give it a try.

Enjoy a night in with these popular movies available to stream now with Prime Video.